Welcome to the blog of my life!

50 Random facts about me

So, busy time for me lately, blog posts are having to take a back seat, and I can't say much on here at the moment but big update soon!
So for now, you get this bit of fun! 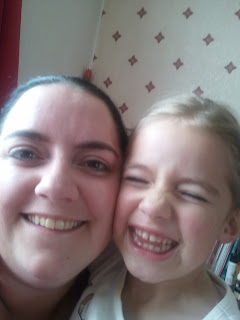 1. I hate being called by my really name of Kelly-Jayne, it makes me feel like a 5 year old hill-billy!
2. Winter is my favourite season, but I hate snow!
3. I dislike my daughters real name (I see a theme on that one!) and wish she had just Emmy on her birth certificate.
4. I spent 2 months in Malaysia as a teen and still feel like it is my spiritual second home.
5. I ran away from home at 16 and have moved 10 times and ended up in my childhood home 3 times!
6. I met my best friend aged 5 and still see her as much as possible even though we have literally nothing in common!
7. I have 2 big vices in life, nail polish and magazines.
8. Since meeting a load of fellow mad mum's at my daughters school gates I now have a circle of female friends for the first time in my life.
9. I used to love staying up late and sleeping in late, now I love going to bed early and getting up late!
10. I HATE the country side, stingy nature and am a full on townie!
11. I can be thrown in a party and talk to anyone.
12. I didn't get to have a first dance at my wedding
13. I also knew said wedding was wrong but was too scared to say.
14. I never wanted children.
15. Having my kids has been the making of me!
16. I used to be a drug addict, shoplifter and fraudster, something people who know me now probably think I made up.
17. I would sell my soul for George Eads, the man is perfection!
18. I wear make-up as little as once a month but my nails are never bare.
19. Sometimes it scares me how much I become like my mum every day I get older!
20. I can not have baked beans on the same plate as steak as the bean juice will 'infect' the steak and taint the taste.
21. I have more self control than I ever though possible, but cannot seem to apply to losing weight. (But I WILL do it!)
22. I have an intense dislike of various shades of beige people seem to like decorating in and am a brights girl!
23. My current TV obsession is CSI, the Vegas one (nowt to do with George Eads!) even though I have seen nearly every episode.
24. I would love to have a proper wedding one day.
25. My phobias include needles, thunder and clowns. Used to be balloons but I had to suck that up due to a party loving daughter!
26. I get too emotionally involved with my friends foster children and then get all devastated when they go!
27. I don't think I will ever learn to drive as much as I want to.
28. Sometimes I wonder when someone will realise I am not grown up enough to be trusted with two children.
29. Then I look in the mirror!
30. Someone was murdered with a hammer in a house share I lived in, had I not been in hospital I could have been murdered too since I was nosy!
31. I love baking but am too scared to make my own pastry!
32. Skiing holidays or a cruise would be my idea of hell
33. I am hoping at the grand old age of 33 to be going to my first festival where I will actually be staying in a tent rather than just driving for the day!
34. I hate camping
35. I am really rather narrow minded with music and rarely stray from heavy metal.
36. I acted like a 1 Direction fan when Burton C Bell from Fear Factory touched my hand at a gig and wanted to not wash my hand.
37. I rarely sit through a film and will read if I watch one on TV then have to keep running it back because I miss bits!
38. When I was younger I insisted I would never buy high end make-up, now high end makes up 90% of it!
39. If I had one wish in the world it would be that my son could talk. He can get by fine without walking etc but talking is one thing I would wish for him.
40. Fact 39 always led me to say I would never wish for my youngest to shut up, but didn't bank on a kid that literally never shuts up!
41. I used to be a very accomplished liar and once told people I was a separated conjoined twin, and they believed me!
42. After one time of being arrested the police also told my mum how convincing a liar I was, thankfully I am far more honest now!
43. I cannot bear to be touched by strangers and cannot hear a word they say to me until they get off me!
44. One boyfriend ruined my self esteem when I was 18 and I never got it back. This makes me sad.
45. I am in complete denial that I am soon to be a mum to a 14 year old.
46. I love shoes, with heels, but cannot walk in heels so take them off within a couple of hours! But it doesn't stop me buying them!
47. I used to want to be either a pathologist or work in an undertakers and I don't understand peoples fear of the dead when its the living you need to worry about.
48. I only ever remember nightmares and NEVER remember the nice ones
49. I was taught to dance by Len Goodman, that is my claim to fame. Far better than meeting Dean Gaffney!
50. The only reason I am not a full on goth is because my son is scared of me when I am!
Posted by KD at 23:01